I am generally of the opinion that everything learned on the internet should be verified, and am not one of those who flies into indignant rage at gaffes and omissions that are really (if one is truly honest) things that most every one does at one time or another.


However, in some cases there are real, live, breathing victims.
It is for these cases I save my bile.

Several days ago I wrote about a Syrian poet and blogger who was kidnapped. It turns out that not only was the kidnapping a hoax - so was her entire existence. (NYT, WSJ)

This is not a victimless crime.

And while the debate rages about deceit and misrepresentation on the internet; its importance, its costs its possible benefits . . .

Real damage has been done to real lives and will undoubtedly continue.

Andrew Sullivan hosts a fair representation of the ongoing debate on his blog, The Dish. He has also posted a comment from one of his readers, which states more clearly than I ever could just what this deception has and will continue to cost. Please follow the link for the entire quote.

To bring attention to yourself and blog; you managed to bring the LGBT movement in the Middle East years back. You single-handedly managed to bring unwanted attention from authorities to our cause and you will be responsible for any LGBT activist who might be yet another fallen angel during these critical time[s].

Also, from In Disguise, by Jen Paton:

People are, not surprisingly, angry, about being deceived, and about an apology that manages to not apologize at all. For some, the anger was more than theoretical: people who were worried about “Amina” put themselves in potential danger in inquiring about her: as the anonymous editor of Gay Middle East.com wrote, “Your apology is not accepted, since I have myself started to investigate Amina’s arrest. I could have put myself in a grave danger inquiring about a fictitious figure. Really … Shame on you!!!”

And here's a note from JEZEBEL on the subject - sarcasm. 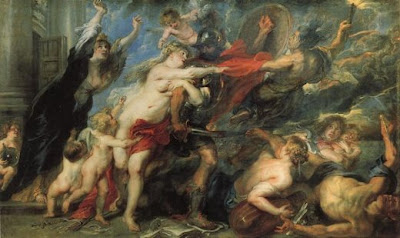