Erasing Words Does Not Erase the Ugly Reality that Accompanied Them.

Twain Knew What He Was Doing


On Sunday, June 12, 2011, “60 Minutes” re-broadcast a segment about the controversy surrounding the “sanitization” of the classic, [Mark Twain’s Adventures of Huckleberry Finn], which originally aired on March 20, 2011. The story is old news, but the question is not. Imagine how screwed up our kids would be if we went back and cleaned up all the things in literature that have fallen out of favor since its writing. 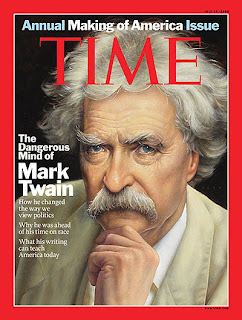