What Does a Poet Laureate Do? Robert Hass. 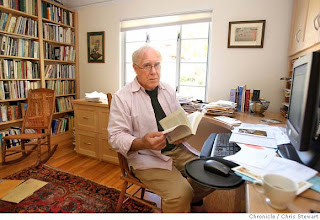 "Take the time to write. You can do your life's work in half an hour a day."

I first knew of Mr. Hass as translator and editor, specifically for The Essential Haiku: Versions of Bashō, Buson, and Issa, which holds a prominent spot on in my bookcase.

He has been actively engaged in promoting ecoliteracy, and has turned to businesses for help supporting poetry contests for children.

Working with writer and environmentalist Pamela Michael during his tenure as Poet Laureate, he sponsored a major conference on nature writing called “Watershed," which explored connections between environmental awareness and the American literary imagination.

The Watershed initiative continues today as the national poetry competition, River of Words, he co-founded in the mid-1990s for elementary and high school students.

River of Words encourages "children to make art and poetry about their watersheds" and fosters interdisciplinary, interactive, environmental education."

On November 9, 2011, while participating in an Occupy movement demonstration at UC Berkeley called Occupy Cal, Hass was hit in the ribs by a police officer wielding a baton and his wife was shoved to the ground by a police officer. He wrote about their experience in a November 19, 2011, New York Times opinion piece entitled "Poet-Bashing Police."


Once the cordon formed, the deputy sheriffs pointed their truncheons toward the crowd. It looked like the oldest of military maneuvers, a phalanx out of the Trojan War, but with billy clubs instead of spears. The students were wearing scarves for the first time that year, their cheeks rosy with the first bite of real cold after the long Californian Indian summer.

The billy clubs were about the size of a boy’s Little League baseball bat. My wife was speaking to the young deputies about the importance of nonviolence and explaining why they should be at home reading to their children, when one of the deputies reached out, shoved my wife in the chest and knocked her down. . . . PLEASE READ.

The photo accompanying the piece, this photo, is of Franco’s crackdown on Spain’s intelligentsia, where thousands were killed, but as you read Hass' description of the encounter, the image is eerily apt. 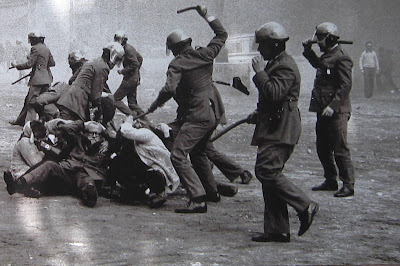 How about a bit of poetry:

After the Gentle Poet Kobayashi Issa 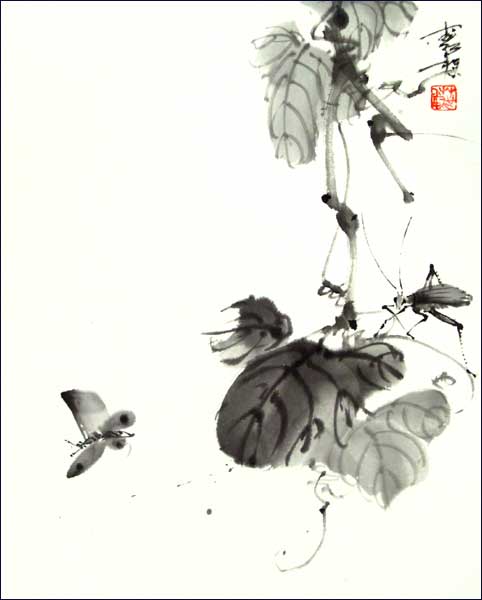 New Year’s morning—
everything is in blossom!
I feel about average.


A huge frog and I
staring at each other,
neither of us moves.


This moth saw brightness
in a woman’s chamber—
burned to a crisp.


Asked how old he was
the boy in the new kimono
stretched out all five fingers.


Napped half the day;
no one
punished me!


From now on,
It’s all clear profit,
every sky.