The Haiku Society of America
2013 member's Anthology, this world,  is out.

Haiku anthologies remind me of that colorful hard candy my grandmother used to make at Christmas. Each color was a different flavor, like licorice, cherry, root beer, . . . But the colors were not really hints to the flavor. My Nana was crafty that way. You just had to trust, then sit back and enjoy.

Logic to the Rescue: Adventures in Reason (eBook) - Kris Langman

If you need help in illustrating logic and the scientific method to young people, this is a good choice.

Offered free by Nook, Amazon, and Kobo, and it was definitely worth more than I paid for it.

There are several books in this series, each tackling a different subject, but I've only read the first.

Having a library card and an eReader is a wonderful thing!

Do some lives have greater value than others?

Are some people really above all suspicion?

Does your chewing gum lose its flavor on the bedpost overnight?


Some anniversaries are far more memorable than others.

I have always hated plots based on misunderstandings where people don't talk to each other. Have you ever found yourself screaming in your head at characters who won't listen to you?

You're a veteran cop for crying out loud! Act like one!

Luckily, it was a subplot, but it still distracted me from the story and pulled me out of the book.

I loved the powerful and insightful stories, and they were narrated very well.

Ed Has His Mind Improved by Walter R. Brooks, was my favorite of the bunch, (I laughed out loud and the neighbors are giving me funny looks again) followed closely by Molly Giles' The Writers' Model.

Although I borrowed this from the library for my Nook, I would love to own it.

Gardens are useful in sooooo many ways.

These stories are far removed from the explosions, chases, and shoot outs in so many murder mysteries - good and solid, old fashioned 'who done its.'

I would also add that the narration on this one is the best I've heard since I started listening to audiobooks.

For the Relief of Unbearable Urges (audiobook) - Nathan Englander


"Despite their surface mixture of humor and horror, these are stories of ideas, offering complex meditations on Judaism through the eyes of an astonishing range of characters."


This is not light reading. But these are beautiful and powerful stories that demand attention and thought. 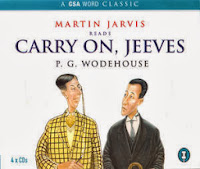 This is a collection of charming stories, narrated (most of them anyway) by Bertie Wooster, labeled "a useless blot on the fabric of society" by his former valet, and a "wooden-headed blighter" by others.

Bertie also has a 'unique' perception of the world coupled with a profound lack of self awareness, and his prose has a charming cadence, rich in unusual similes, metaphors and 1920's slang. 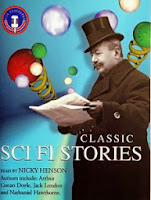 There is something about reading stories of the future, which were written nearly a century ago, realizing that you are standing in that future now, that the predictions were maybe not that far fetched after all, and some sound uncomfortably familiar . . . 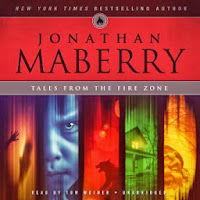 This was a very good read for this time of year. There were no Halloween themes, but there were plenty of 'spooks.'

Let's see: A werewolf PI, a little girl getting help on the path to being a serial killer by her imaginary (or were they) friends, a murderer convicted by the testimony of a ghost - with Holmes and Watson thrown into the mix . . .

It has been a long time since I last read Tolstoy, and I had forgotten how much I enjoyed his writing.

No murder mysteries or chase scenes or creepy creatures here, just exquisite portraits, or in this case snapshots, of human nature.