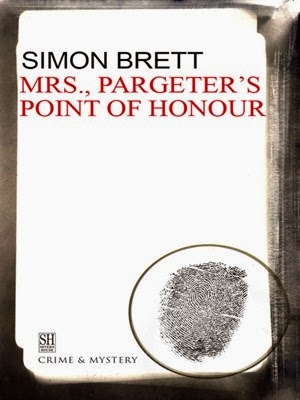 
"I regard it as a point of honor to discharge all my husband's unfinished business."

I have always felt that there are times when what is legal isn't right, and what is right isn't legal.

"And when the light of hope shines on all this world, then our future will be connected with your future. That's what I want, above all."


I picked up this book after reading Chris's review and the comments it elicited, and I'm glad I did.

There were no earth shaking revelations, nor did I expect there would be. But by what seemed to me to be answering some of the many questions he has been asked over the years, the young author helped me to adjust my perspective just a bit.

It is not always easy to see things from the other side, but things can look quite different if we try. 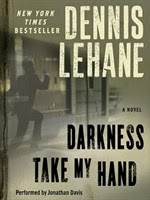 "...I once again felt an odd flush of admiration for my partner's faith in a religion I had long ago abandoned. She doesn't advertise it or announce it at every turn, and she has nothing but scorn for the patriarchal hierarchy that runs the church, but she nevertheless holds firm to a belief in the religion and ritual with a quiet intensity that can't be shaken."

A dark, driving, relentless plot, definitely not for the squeamish. 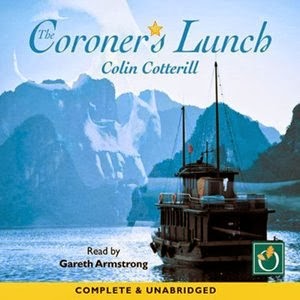 
"He put his hand on his forehead and scoured the French department of his memory for a word. He knew it was in there. He'd put it in almost fifty years before and hadn't had cause to remove it. But for the life of him he couldn't find it."

Two murder mysteries wrapped up in the political intrigue of The People's Democratic Republic of Laos in 1976, along with some very likeable characters.

Instead of practicing on exercises, practice on the real thing. Then polish it.

Sounds good to me.


"Never before in recorded history have so many poets spoken in a single chorus; never before has a single-theme anthology of this proportion been assembled; never before had such wide-reaching national - and eventually global - "Days of Poetry Against the War" been organized."

I have been peppering the blog with pieces from this anthology throughout the month. Some very powerful poetry inhabits its pages. The 175 choices offer a wide of range styles. Something for everyone?


"There will never be anyone as huge and important to movies as Charlie Chaplin. Go into a Blockbuster’s and ask someone under the age of thirty for a Chaplin film. If he ever heard of him he probably couldn’t name a single one of his movies."

Just try and find a Blockbuster these days. They no longer exist either.

Who was it that said that the only constant in this world is change?


"Eighteen Forty-Eight. The widening division between rich and poor became so extreme that revolutions spread throughout almost every nation on the Continent."

Historical fiction set in Victorian England, but if you're sensitive to blood and gore, this might not be the book for you.

If they made a movie, the director would be either John Carpenter or Tim Burton.

"It's only a wonderful world if you can make it that way. There are no street signs pointing to Paradise Road."

Harry has gone from detective to sort of private detective, and he still doesn't play well with others, but he wants to.


"This is horticulture, in all of these bottles."

"Before we left we stood in the doorway and looked around us. There wasn't a bottle in the store we couldn't assign a genus and species to."

Lots of history, biology, and chemistry, along with growing tips for intrepid gardeners, and drink recipes . . . I should get college credit for reading this book!

My guess is the research phase had its good times and not so good times.


"Work and its results always outlived those who labored at it as any Egyptian slave-ghost will tell you."

These murder mysteries are by far the darkest that I've read, but they are worth every minute spent with them.

Black is white; up is down; and still this detective duo refuses to back down.

"Princess Alfhild had a choice to make.

On the one hand, a really awesome guy had finally managed to bypass her father’s deadly defenses and call on her without finding himself impaled or poisoned. She could marry this brave young man and enjoy the life of domestic bliss that women of her era were supposed to aspire to. Or she could ditch the pampered royal life and become a pirate."

Not a serious book of history, but history none the less - the kind of history usually sacrificed for expediency.


I never wanted to be a princess until now!