Saturday Farmer's Market - It's May! 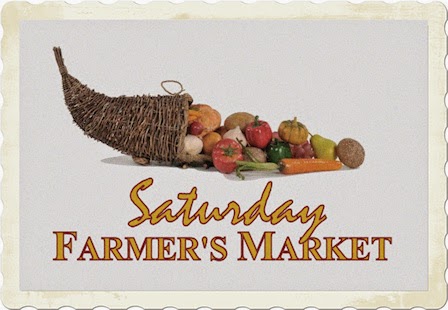 The pom has just started blooming.
These are some of the most beautiful flowers, but my camera (and talent) doesn't even begin to do them justice. 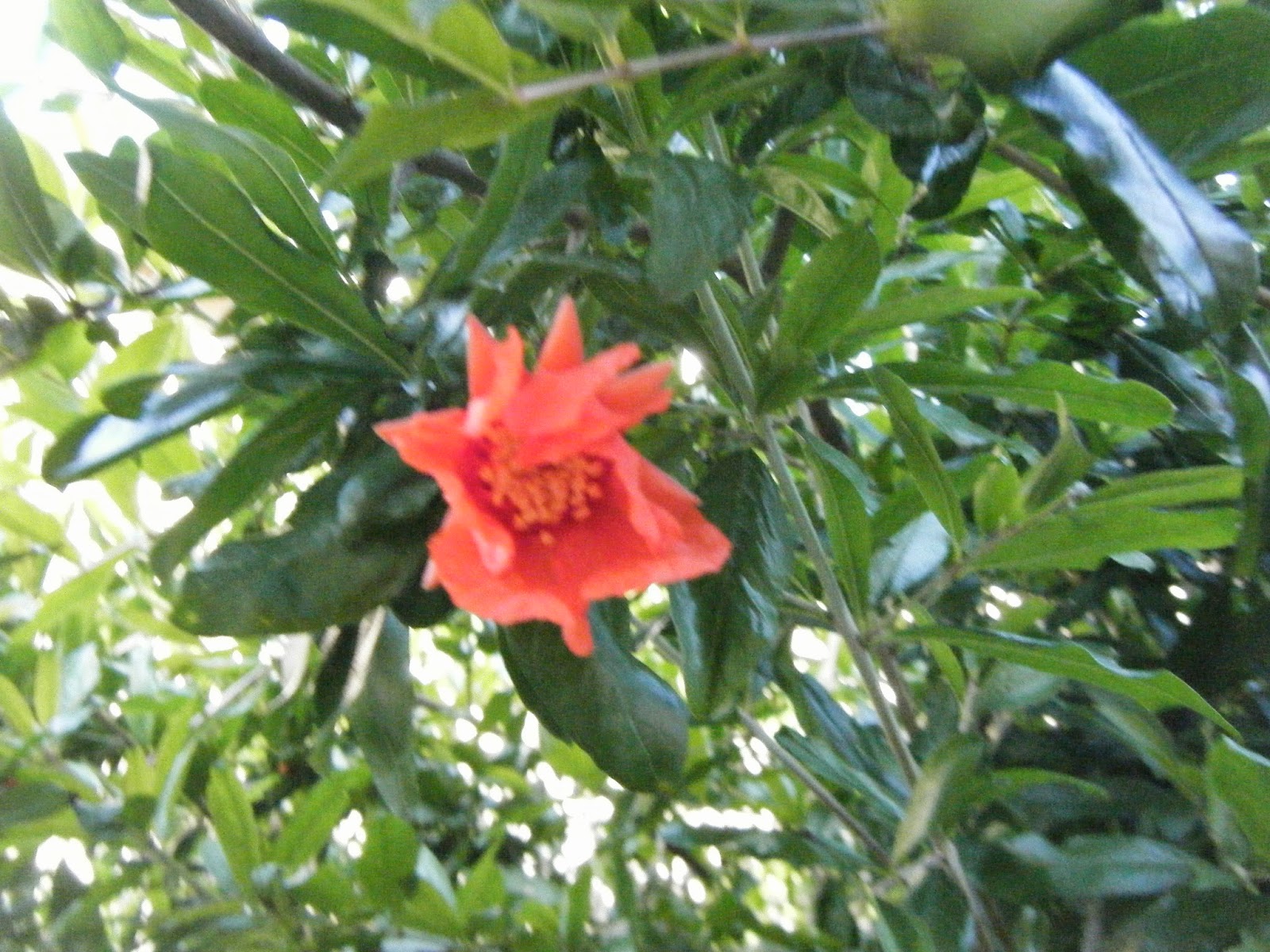 Just a Brief Aside:

I've been feeling kind of down lately and my garden is my therapy, both physical and psychological.

With so many things (in the house and out) that need to be done and so much that I want to do, the relatively little that I can actually accomplish is demoralizing. I don't actually have an official diagnosis yet, just progressing physical limitations and a pretty good idea.

Obviously, living with a chronic condition was so much easier when I was able to work around it. The past couple of years have seen a slow escalation of symptoms, and my world has begun to contract significantly. I fooled myself for a long time that I was overcoming hardship, when the real trials hadn't really even begun.

Mostly, I'm dealing okay. I'm the proud owner of a perky red walker I use when I leave the house, and I now have my very own disabled placard. But sometimes I let the pain, uncertainty, frustration, and fear get to me - and I whine. (like now)

One up side has been my reading. I don't know if you've noticed, but at this point I've already read 81 books - and May just begun. 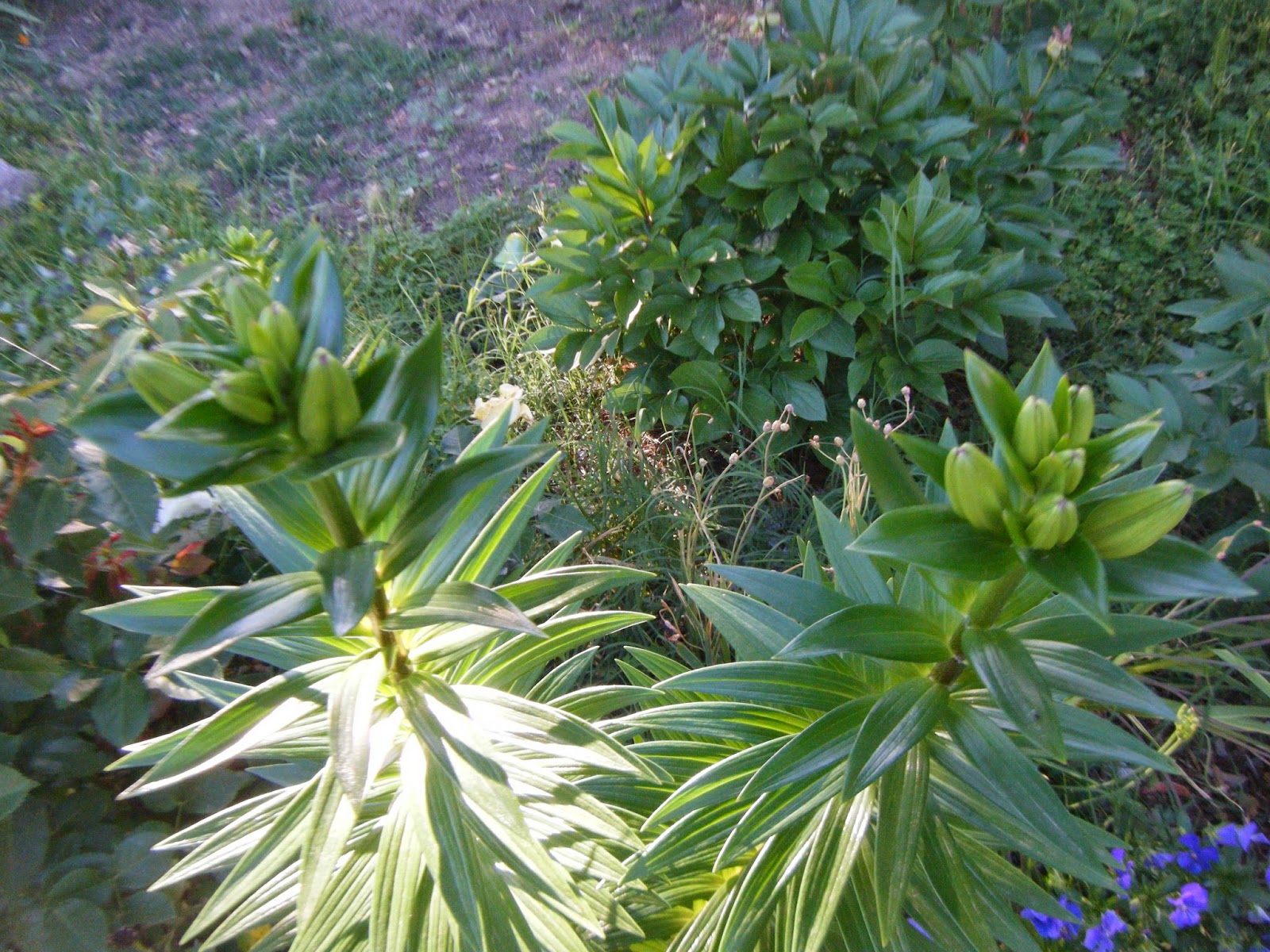 
Well, they're supposed to be. They haven't bloomed yet, but they're working on it. 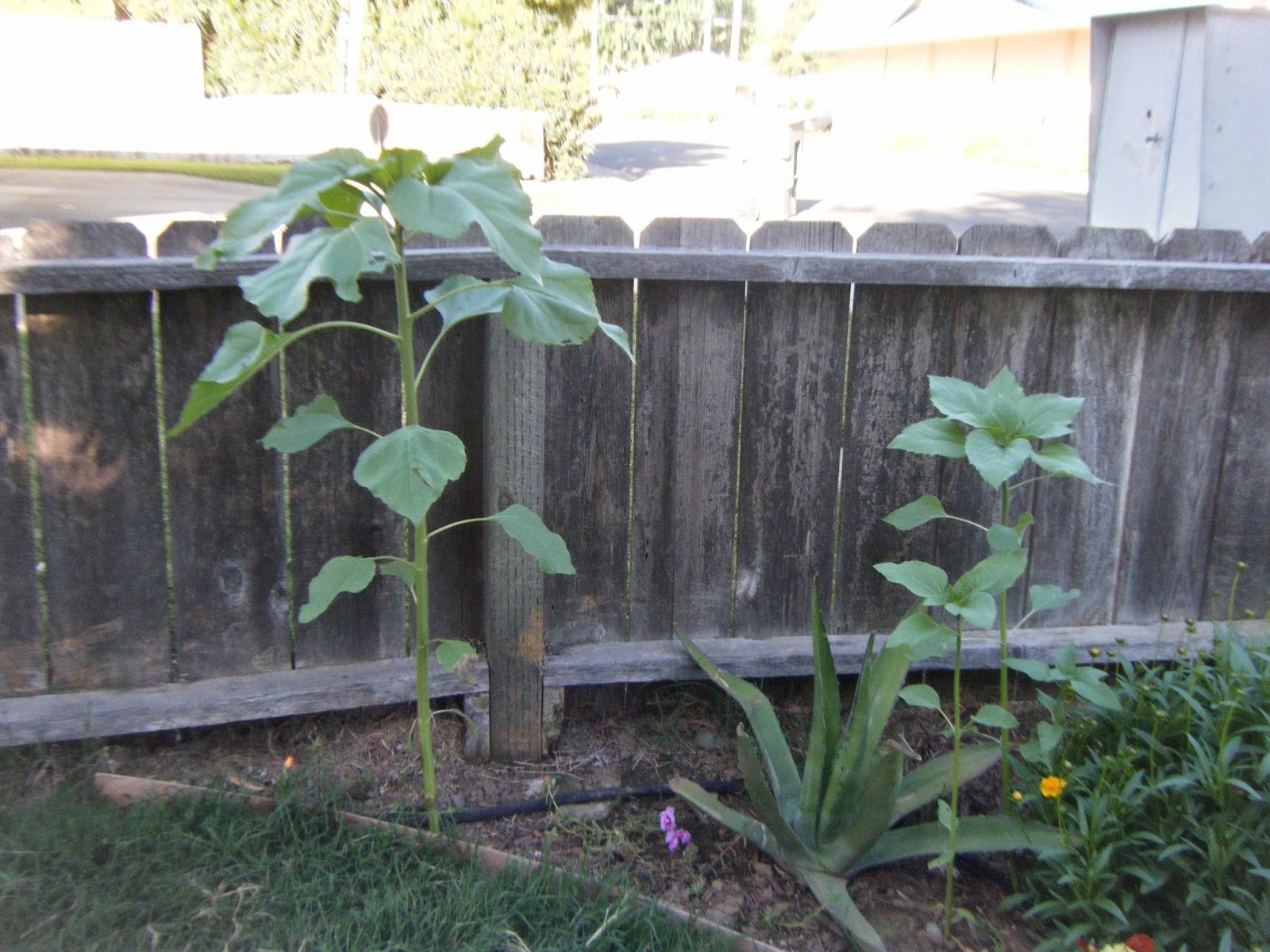 Four of them are doing well. 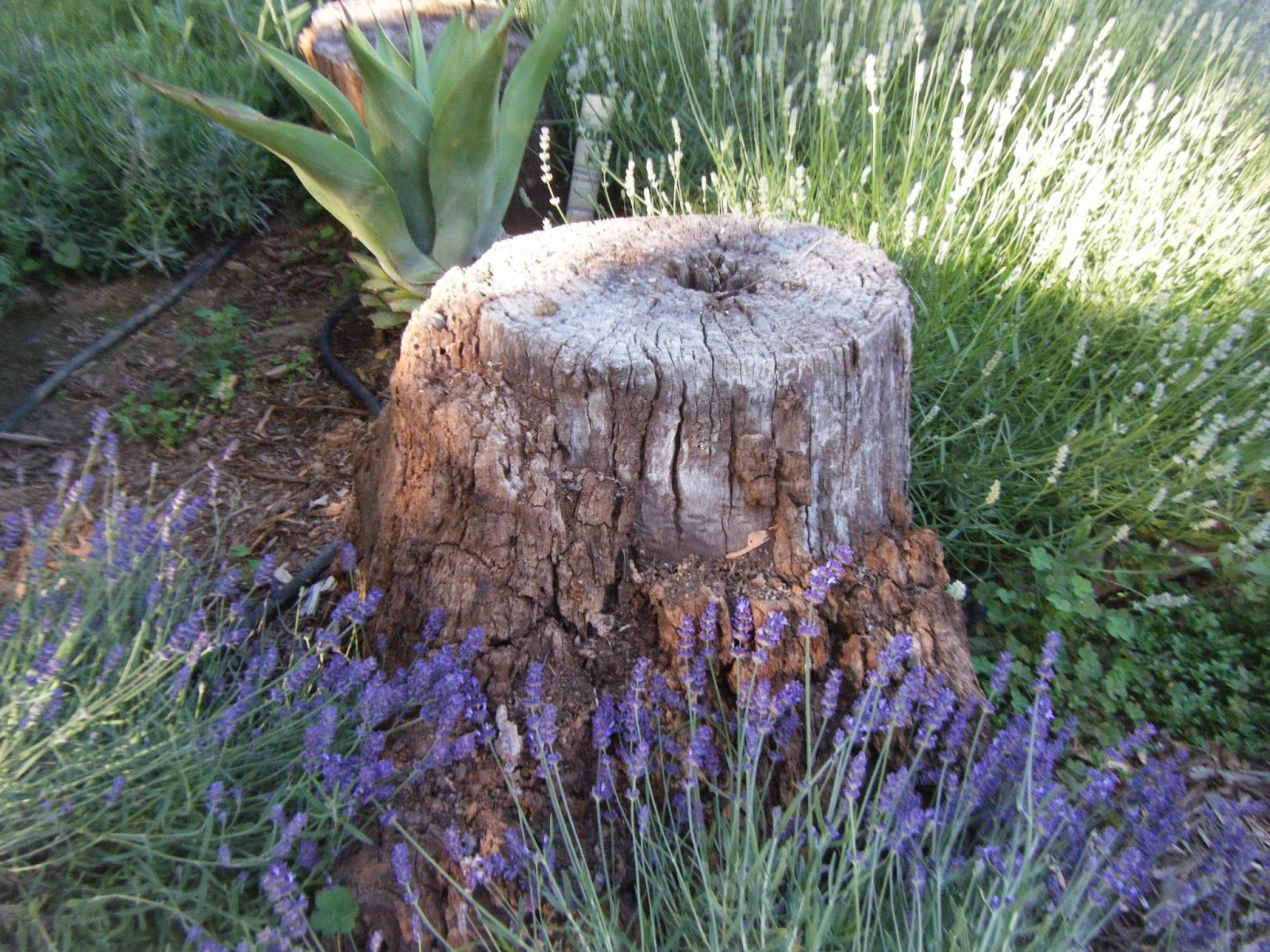 The first of the lavenders to bloom is the unnamed plant (divided into two now) that my husband rescued from the clearance bin two years ago. Even after a couple of dogs did a little dance on them, they're still making the bees happy. 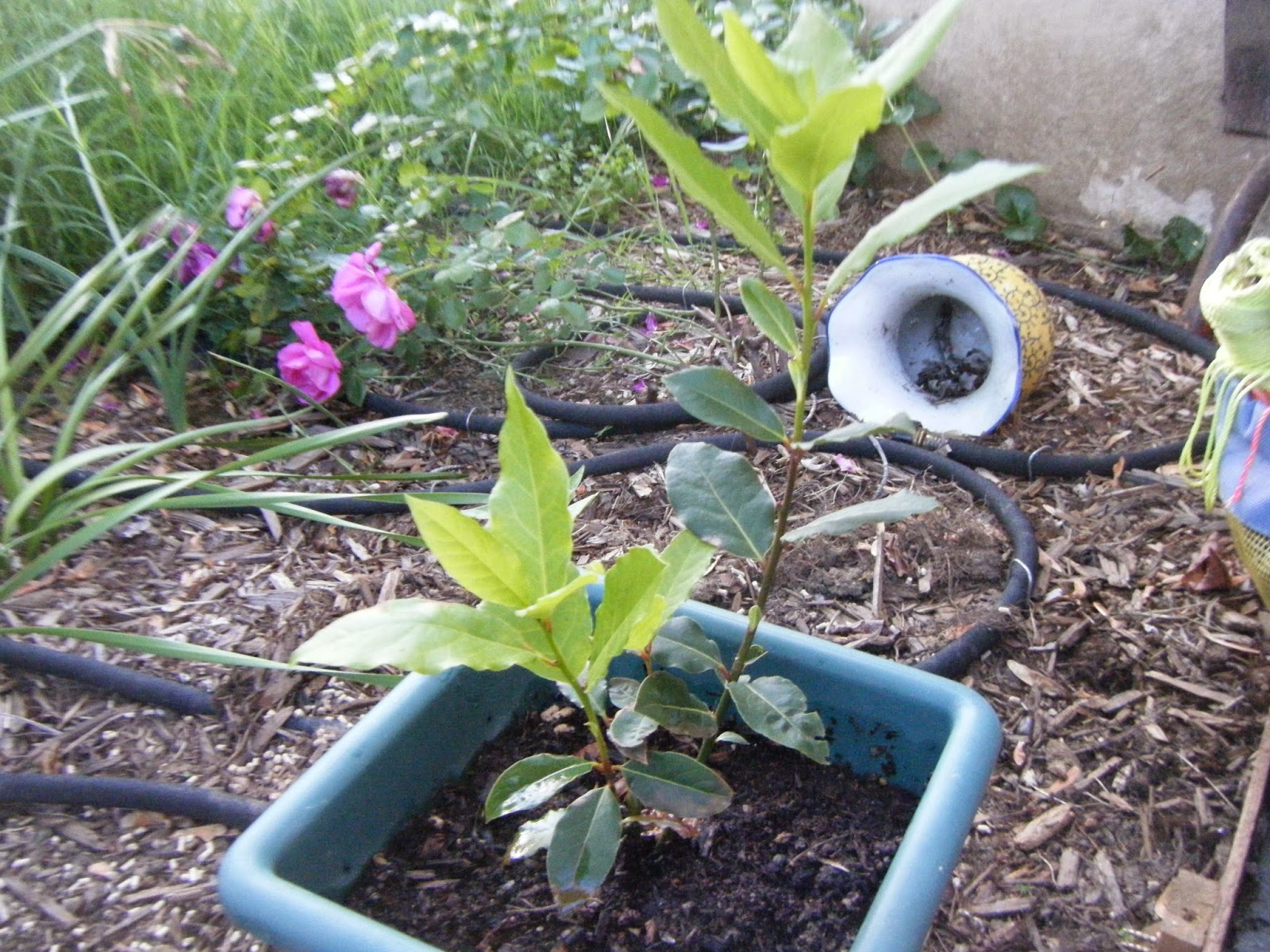 This little guy has doubled in size since last year. They get quite large so I have to choose carefully when it finally comes time to plant it. They are reportedly good at warding off pests in their vicinity, so I think I'll put it near the fruit trees. 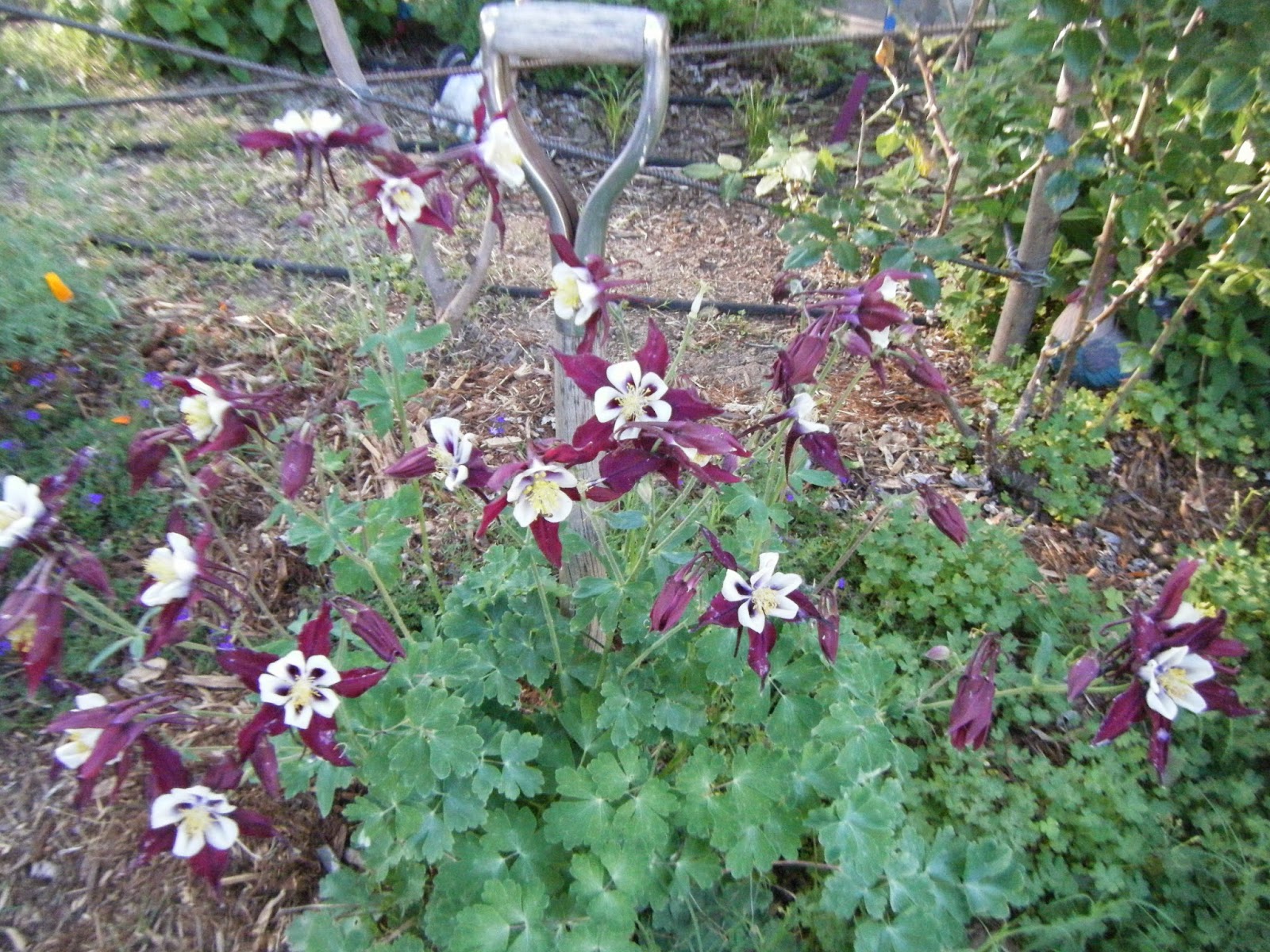 
I only have one color at this point, but it comes back larger each year. 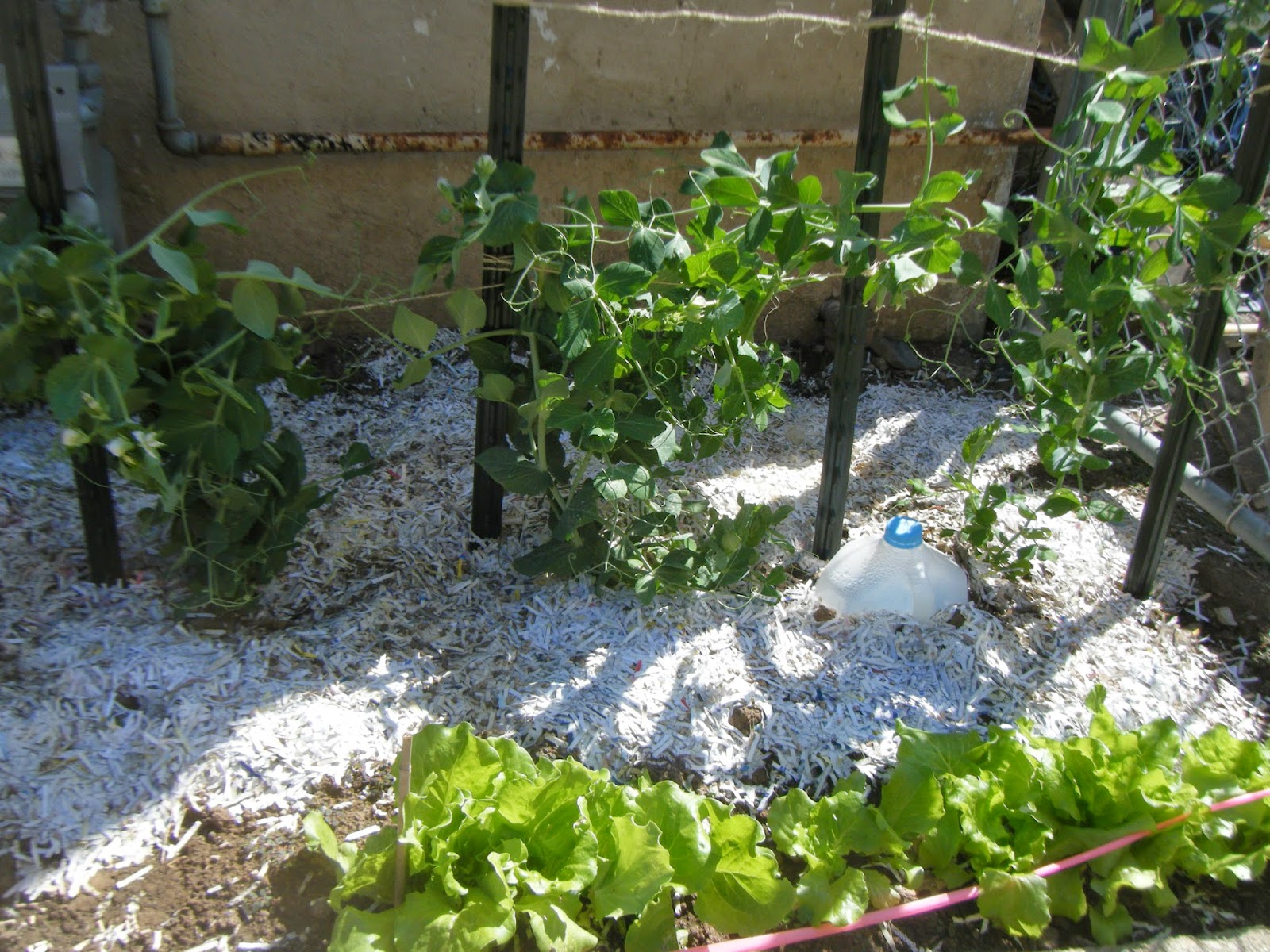 I finally got the supports up for the peas, and they're taking full advantage.


And doesn't the lettuce look happy? 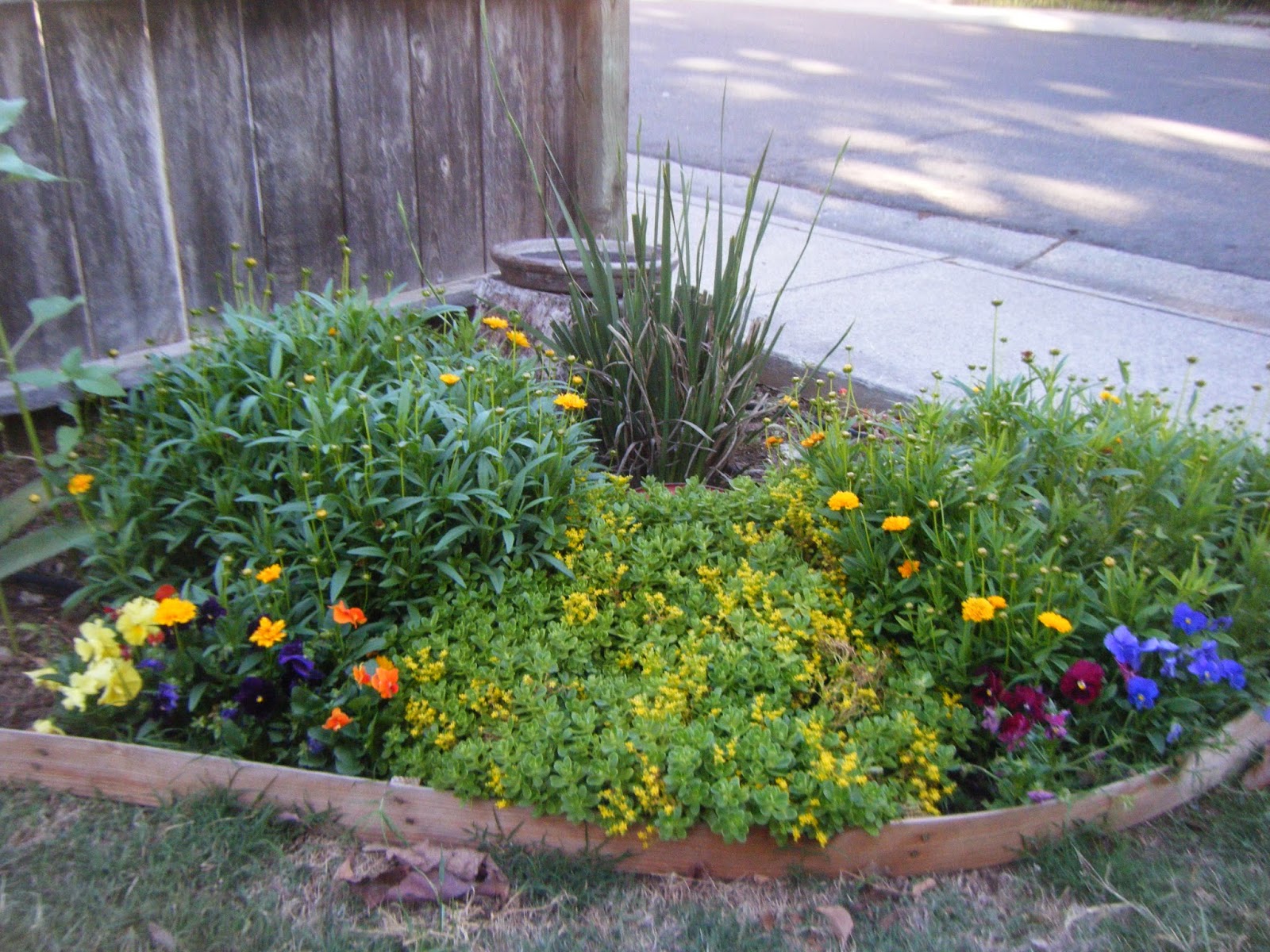 If you notice, the Coreopsis on the right is about half the size of the one on the left. From the road side it looks like something (or someone) stepped on it. 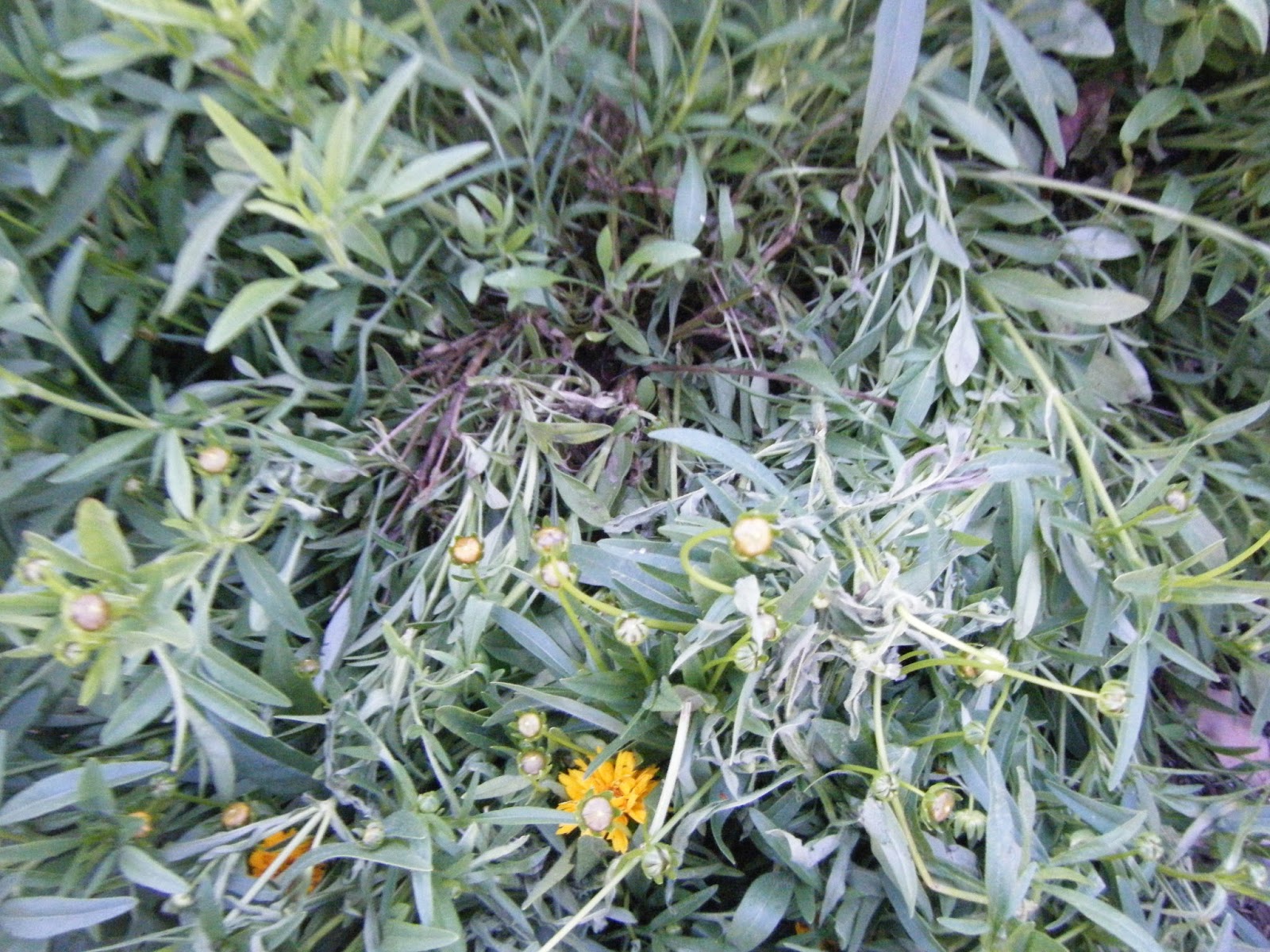 Here is a close up of some of the damage. 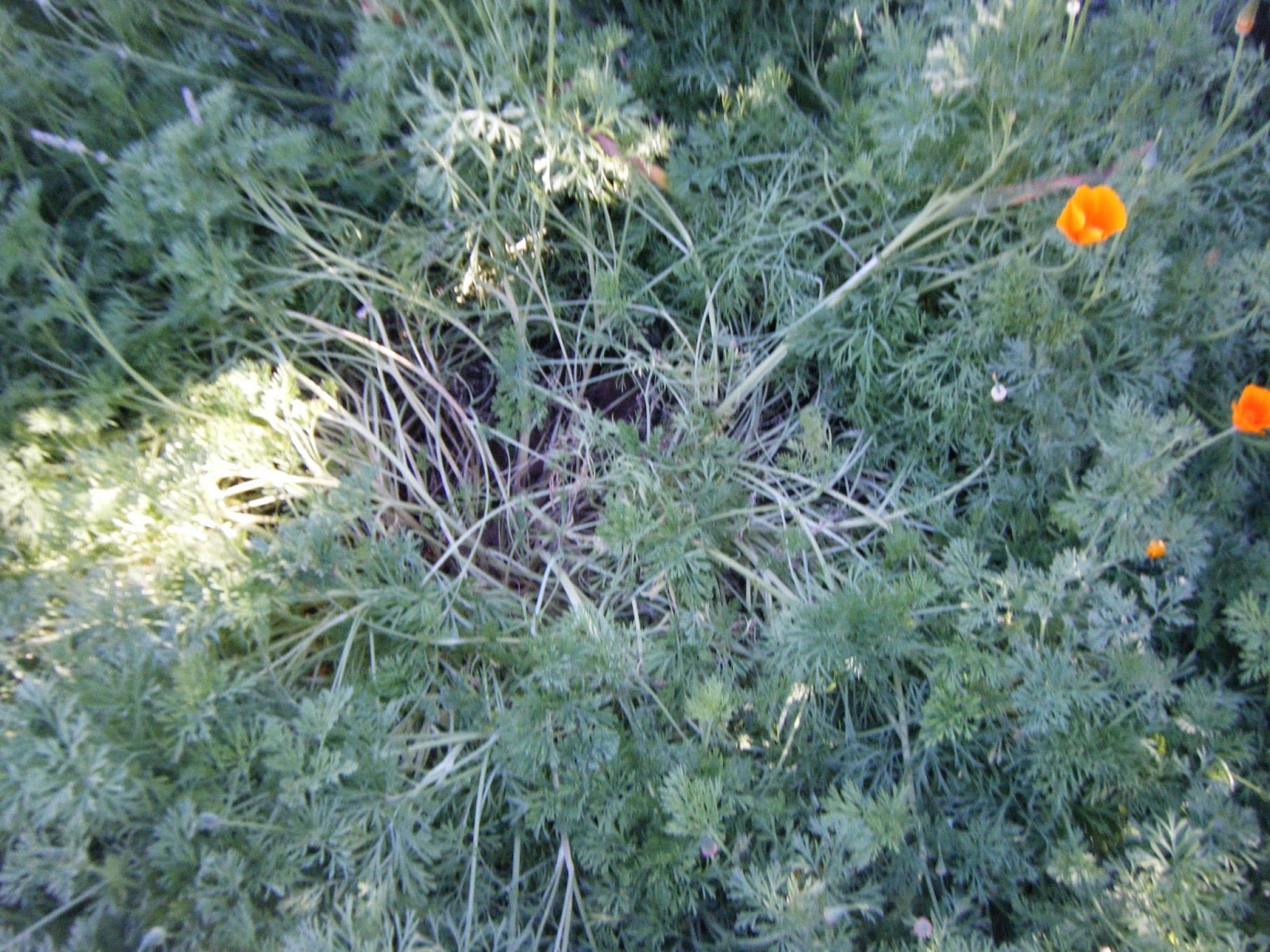 The CA Poppies have some of the same.


I'm wondering if it's stray dogs, or cats after little snacks,
or maybe renegade gnomes.

from: Talking to My Body, translated by Czeslaw Milosz and Leonard Nathan. Copyright 1996.