Series: II - The game is Afoot 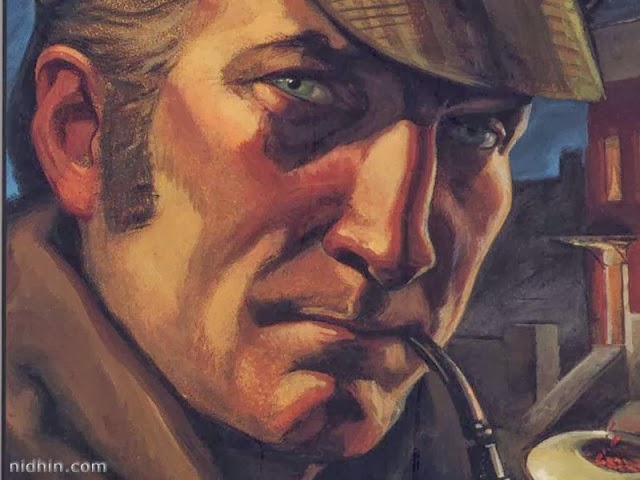 The subject of only four novels and a smattering of short stories, Sherlock Holmes managed to cement himself in the collective conscience of a large portion of the civilized world. He was often the object of scorn by his frustrated creator, but it didn't seem to faze him in the least.

Some say that he was the greatest detective ever. Others believed that only a thin shroud separated him from the greatest of evils. But all seem to see in him something of themselves.

I ran across another argument about which Sherlock Holmes series happens to be the best. The bulk of the discussion focused on which of them managed to stayed true to the original Conan Doyle 'vision.'


Oh, the irony!
(Have you ever noticed how few people actually understand the meaning of that word?)

You see, if you actually go back and reread the original stories, not one book, movie, or series in existence can really claim to be true to the original. Not one.

Last year I reread the entire cannon, and it reminded me how much I enjoy the real Holmes. Modern writers who take on the Holmes mythos always seem to find something wrong, missing, or lacking in the great detective, and rewrite him and his compatriots accordingly. (Some more successfully than others.)

We spend so much time these days with the stories as interpreted by others, in movies and television, that it is easy to loose track of the originals; and it is well worth taking the time to reacquaint ourselves. Most interpretations tend to focus in on a small selection of details to the exclusion of the larger picture. In this way Sherlock Holmes becomes just what the story teller needs him to be, and it also says a great deal about her/his own psyche.