Here There Be Monsters!

Check out Sculptor
Bailey Henderson
and
the mythical sea monsters from old maps she brings to life. 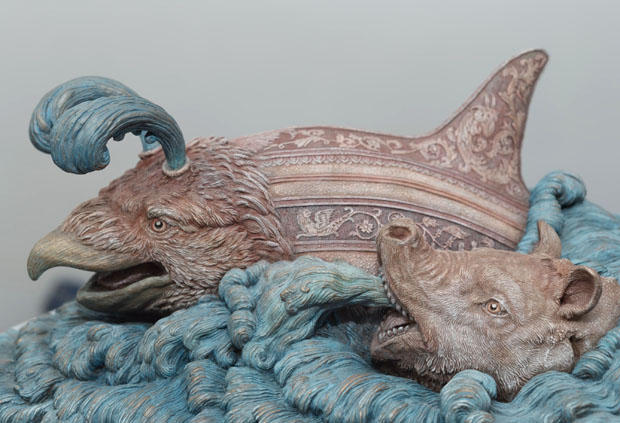 "Ziphius et Orca depicts two sea monsters. Ziphius, the larger of the two, is a monster found on many medieval maps. It was believed that the creature's knife-like dorsal fin could slice though ships (the name Ziphius means sword). Orca is a whale sea monster; it's often depicted with a snouted or beaked face that spouts water from a mouth or blowhole."