It's A Garden Party! - Buddha and the Garden

Last weekend we did some major work on the front garden. It involved moving some of the Agave plants which had grown much quicker than I expected, separating the Fortnight Lily and replanting the resulting four plants, and moving the odds and ends of garden adornment. The whole yard kind of looks like the aftermath of some sort of natural disaster right now.

This week has been quite hot and the garden needs to recover from the last onslaught before we do any more. So I've been working on the plantings in the Terrarium. I research and try new plants, but so far only the Ficus and Peace Lily are hanging on. 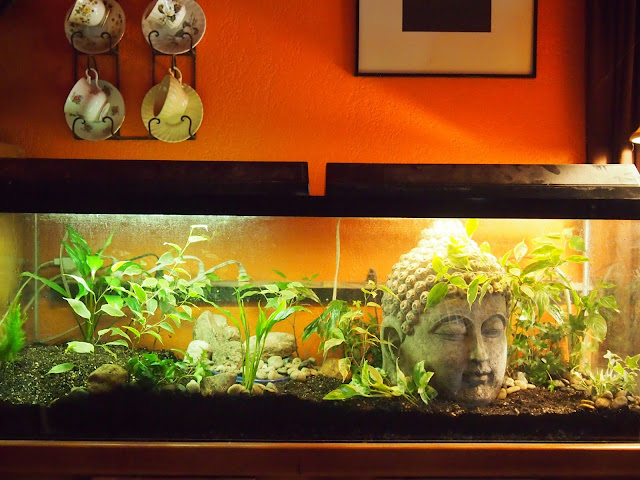 I added Ivy, Pothos, and Asperagus Fern this week. 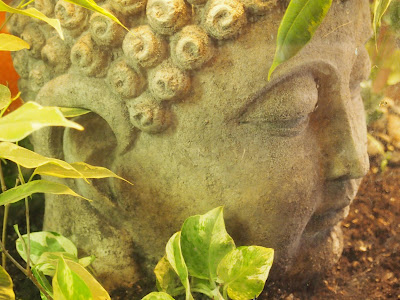 They are all supposed to like constant moisture and be tolerant of abuse. I've heard that before, so we will see what we shall see.

I need to put a covering on the back of the tank to hide the cords and plugs. I found a decent aquarium backing that will also make the tank seem fuller.

I also need more small stones to hide the water container and do a little landscaping. 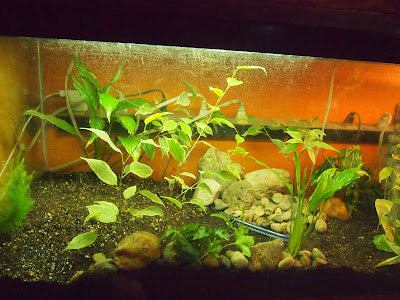 Then there is the matter of ground cover. I'm still working on that one.


As I said, I'm not sure these plants will last, so I'm not in a hurry about the ground cover.

I still have landscaping and building to do in the Terrarium.

I'm planning a terraced rice paddy and a suspension bridge among other things. I've been drawing out plans and working on getting supplies together.

Yes, I know I've been planning for a long time.

Since I've never done anything like this before, and so far I can barely keep the plants alive, I'm erring on the side of caution. 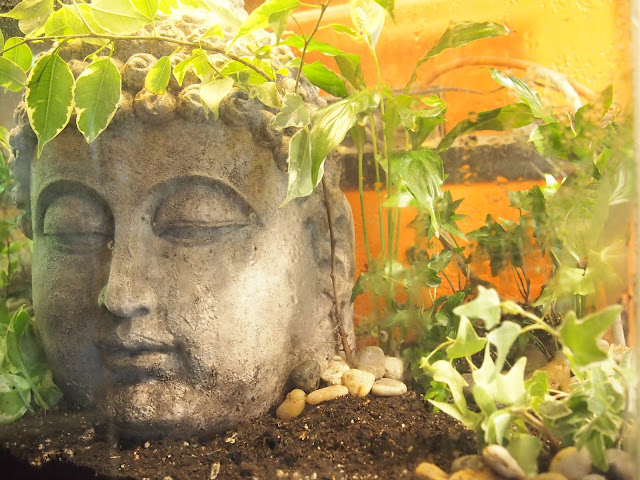 The past is no more,
The future remains a dream,
Be here now, Be Here
{Haiku Source}