The Question Posed Was, "WHAT SCIENTIFIC CONCEPT WOULD IMPROVE EVERYBODY'S COGNITIVE TOOLKIT?"

If all schools taught their pupils how to do a double-blind control experiment, our cognitive toolkits would be improved in the following ways:

1. We would learn not to generalise from anecdotes.

2. We would learn how to assess the likelihood that an apparently important effect might have happened by chance alone.

3. We would learn how extremely difficult it is to eliminate subjective bias, and that subjective bias does not imply dishonesty or venality of any kind. This lesson goes deeper. It has the salutary effect of undermining respect for authority, and respect for personal opinion.

4. We would learn not to be seduced by homeopaths and other quacks and charlatans, who would consequently be put out of business.

5. We would learn critical and sceptical habits of thought more generally, which not only would improve our cognitive toolkit but might save the world.

- from: The Double-Blind Control Experiment,
by Richard Dawkins. 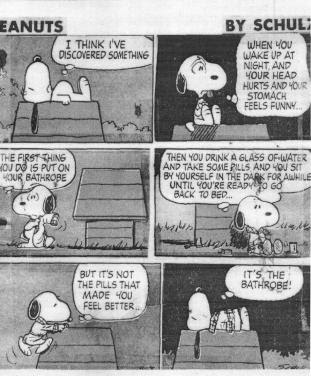