Rachel Held Evans' blog post brought tears to my eyes. It is well worth reading.

The amount of hatred, intolerance, and just plain venom that surrounds us these days breaks my heart and fills me with more than a little fear. So to hear those who consider themselves religious espousing love and inclusion, like Christ himself did, gives me hope. 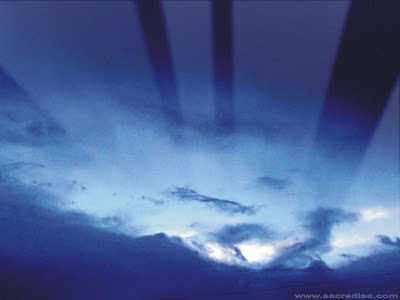 As we embraced, I knew in a way that I cannot put into words that sharing communion with this man was the right thing to do, that it was an act of bravery and grace for both of us—together unworthy, together worthy, brother and sister, in the mystery of the Eucharist.

So when the thought of my Sunday school teachers’ disapproval crossed my mind, the only words to surface to my lips were, “All right, then, I’ll go to hell.”


Hers words were an echo of Mark Twain's Huck Finn.

It was a close place. I took it up, and held it in my hand. I was a-trembling, because I'd got to decide, forever, betwixt two things, and I knowed it. I studied a minute, sort of holding my breath, and then says to myself:

It was awful thoughts and awful words, but they was said. And I let them stay said; and never thought no more about reforming. … And for a starter I would go to work and steal Jim out of slavery again; and if I could think up anything worse, I would do that, too; because as long as I was in, and in for good, I might as well go the whole hog.

As Twain also points out in this passage, many people are left with the idea that its all or nothing. They must turn their backs completely on their faith rather than simply letting go of those pieces of dogma they find objectionable. This is sad for those who choose to stay as well as those who are forced to leave.