Save America With Poetry! Day Eighteen. 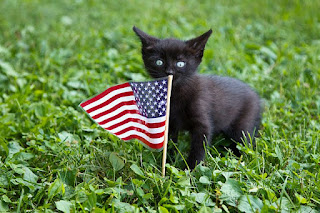 Sometimes a little sacrifice is necessary
to forestall a greater one.

too often used as a justification by those who have
to justify taking from those who don't.


Traveling through the dark I found a deer
dead on the edge of the Wilson River road.
It is usually best to roll them into the canyon:
that road is narrow; to swerve might make more dead.


By glow of the tail-light I stumbled back of the car
and stood by the heap, a doe, a recent killing;
she had stiffened already, almost cold.
I dragged her off; she was large in the belly.


My fingers touching her side brought me the reason—
her side was warm; her fawn lay there waiting,
alive, still, never to be born.
Beside that mountain road I hesitated.


The car aimed ahead its lowered parking lights;
under the hood purred the steady engine.
I stood in the glare of the warm exhaust turning red;
around our group I could hear the wilderness listen.


I thought hard for us all—my only swerving—,
then pushed her over the edge into the river.

Labels: Poetry, Save America With Poetry, Tony Hoagland, Traveling Through The Dark, Twenty Little Poems That Could Save America, William Stafford