DO NOTHING. BALANCE BUDGET? 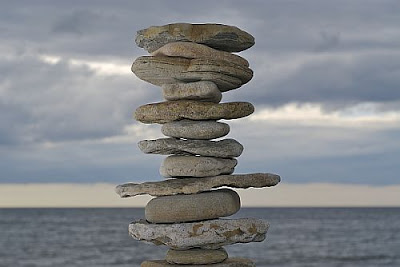 [D]oing nothing allows all kinds of fiscal changes that politicians generally abhor to take effect automatically.

First, doing nothing means the Bush tax cuts would expire, as scheduled, at the end of next year. That would cause a moderately progressive tax hike, and one that hits most families, including the middle class. The top marginal rate would rise from 35 percent to 39.6 percent, and some tax benefits for investment income would disappear. Additionally, a patch to keep the alternative minimum tax from hitting 20 million or so families would end.

Second, the Patient Protection and Affordable Care Act, Obama's health care law, would proceed without getting repealed or defunded. The CBO believes that the plan would bend health care's cost curve downward, wrestling the rate of health care inflation back toward the general rate of inflation.

Third, doing nothing would mean that Medicare starts paying doctors low, low rates. Congress would not pass anymore of the regular "doc fixes" that keep reimbursements high. Nothing else happens. Almost magically, everything evens out.