Jesus told a parable one day, and he reminded us that a man went to hell because he didn’t see the poor.

His name was Dives. He was a rich man. And there was a man by the name of Lazarus who was a poor man, but not only was he poor, he was sick. Sores were all over his body, and he was so weak that he could hardly move. But he managed to get to the gate of Dives every day, wanting just to have the crumbs that would fall from his table. And Dives did nothing about it. And the parable ends saying, “Dives went to hell, and there were a fixed gulf now between Lazarus and Dives.”

There is nothing in that parable that said Dives went to hell because he was rich. Jesus never made a universal indictment against all wealth.


It is true that one day a rich young ruler came to him, and he advised him to sell all, but in that instance Jesus was prescribing individual surgery and not setting forth a universal diagnosis. And if you will look at that parable with all of its symbolism, you will remember that a conversation took place between heaven and hell, and on the other end of that long-distance call between heaven and hell was Abraham in heaven talking to Dives in hell.


Now Abraham was a very rich man. If you go back to the Old Testament, you see that he was the richest man of his day, so it was not a rich man in hell talking with a poor man in heaven; it was a little millionaire in hell talking with a multimillionaire in heaven. Dives didn’t go to hell because he was rich; Dives didn’t realize that his wealth was his opportunity. It was his opportunity to bridge the gulf that separated him from his brother Lazarus. 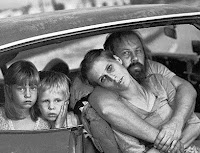 And this can happen to America, the richest nation in the world — and nothing’s wrong with that — this is America’s opportunity to help bridge the gulf between the haves and the have-nots. The question is whether America will do it. There is nothing new about poverty.


What is new is that we now have the techniques and the resources to get rid of poverty. The real question is whether we have the will. 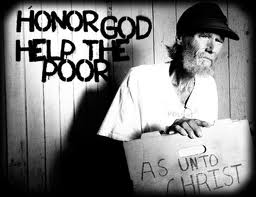