What Does a Poet Laureate Do? Billy Collins.

The title and duties have changed through the years since its inception, as have the activities of the honorees.


From 1937 to 1985, the position gradually placed less emphasis on developing the Library’s collections and more on organizing local poetry readings, lectures, conferences, and outreach programs. By the time the title was changed to Poet Laureate Consultant in Poetry, the position bore little resemblance to its initial incarnation.


Officially, there are only three formal requirements.

Each Poet Laureate must:


Other than that, each one is left to mold the position after her/his own interests and inclinations. Some choose to be highly visible as national poetry advocates, while others turn from the spotlight and focus on their writing.

I decided to do a little digging. You see, I love poetry but there is so much that I don't know about the world of poetry.

When I first read the Library of Congress article about Poets Laureate, a bell rang in my head. Right here on my own blog I have the RSS feed for "Poetry 180," the brain child of none other than Billy Collins, former Poet Laureate. It's been there since August of 2009 and I had nearly forgotten its origin.

I think we'll start there.

Put your hands together for: 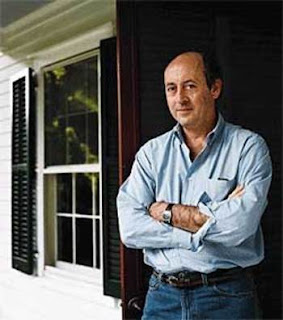 
"The reason you would carpe the diem is that you don’t have too many diems left."

So what did he do besides write poetry?

Well, most notably, he developed POETRY 180 in 2001 to introduce high school students to poetry by presenting them with a new poem for each of the 180 days of the school year.

The program also resulted in several Poetry 180 anthologies, as well as a Teachers' Guide to the book Poetry 180: A Turning Back to Poetry.

Bringing accessible poetry to students (and students to poetry),
pretty good use of time and influence, dontcha think.

Currently, he has the Billy Collins Action Poetry Project, in which 11 of his poems have been brought to life by artists.

Here is an example. Enjoy.