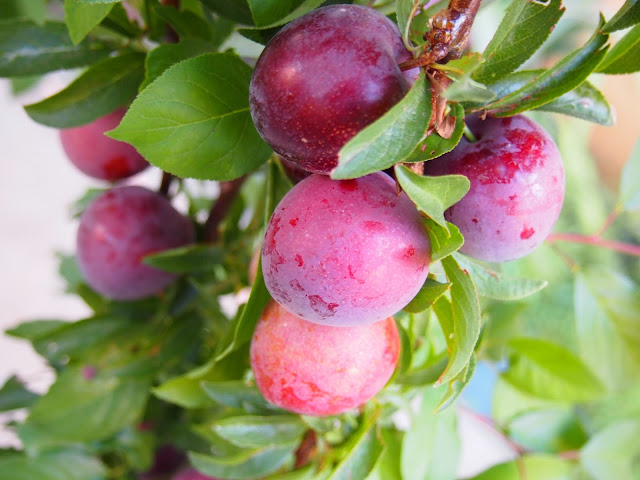 You may or may not remember last year's drama with the neighbor's sprinkler system.

Well, when it started leaking ... and continued leaking ... as I complained to the neighbors, their landlord, the city, passers by - pretty much any one who would listen, with no results - and it ended up killing my Pomegranate Tree and the large Plum Tree.

The smaller Plum Tree had had a rough beginning. It was a sickly, end of season clearance, that I felt sorry for. After it had finally established itself and started growing some kids broke the top of it off.  The plucky little thing kept coming back and only needed a bit of judicial pruning to set it right.

Its second summer it gave us one beautiful, delicious Plum. Last year our harvest was a whopping seven Plums. And this year . . . well, see for yourself. This is the first batch. There will be a second this year as well. 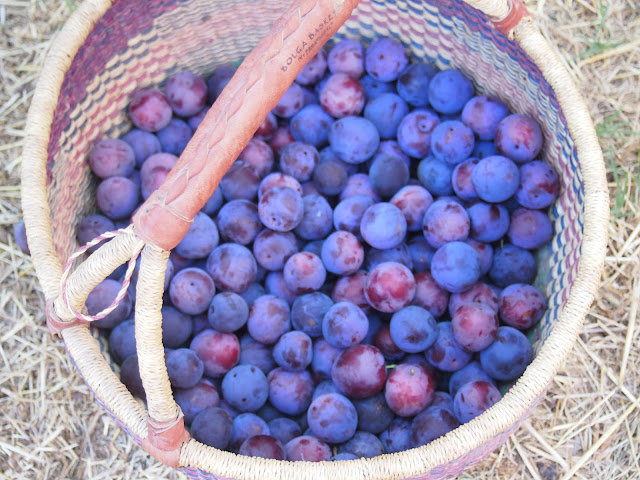 Is there any more fitting poem than:

This Is Just To Say

I have eaten
the plums
that were in
the icebox

and which
you were probably
saving
for breakfast

Forgive me
they were delicious
so sweet
and so cold